Apropos of nothing, here’s an old epitaph I found in the 1800s cemetery near my house. 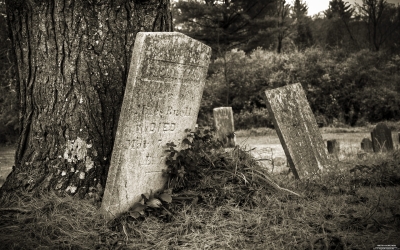 Time was I stood where thou dost now

And viewed the dead as thou dost me

E’er long thou’lt lie as low as I

And others stand and look on thee

How lov’d, how vale’d once avails thee not

To whom related, or by whom begat

A heap of dust alone remains of thee,

‘Tis all thou art and what we all must be 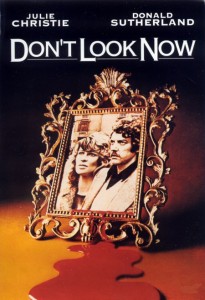 Over the years The Criterion Collection has restored and presented many of cinema’s greatest treasures. Thanks to their meticulous care, thousands of the film world’s greatest achievements have gotten the care and attention they so richly deserve. On the other hand, they’ve also reissued stuff like Don’t Look Now.

This movie is almost universally beloved by critics and Serious Film Viewers. When I was a film student, if they’d showed this to us I’m sure I would have gone right along with the party line and proclaimed this to be a masterpiece. But I was so much older then; I’m younger than that now. I don’t have to call something profound because it’s slow. I can call it yawn-inducing and poorly paced.

The basic plot here is that John and Laura lost their little girl Christine to a drowning and now they’re in Venice while John helps with a church restoration. One day Laura meets two sisters, one of whom — a blind woman with second sight — says she can see Christine sitting with John and Laura, and that the daughter is happy. She also says Christine bears a warning for her parents: leave Venice at once. John doesn’t believe it and he stays, much to his detriment.

Now, I could attempt to expand on that synopsis but there would be no point because there is no further plot, unless you count John’s endless meandering through foggy alleyways. Does cinematographer Anthony Richmond make empty Venice look great in the film? Absolutely. Does the occasional splash of the color red on Christine’s raincoat and blood on a photographic slide have a striking effect when it appears? Sure it does. Is there a famous sex scene between Donald Sutherland and Julie Christie? Apparently, but unless you’re into watching two bony skeletons clack together, it’s not going to do much for you.

Roger Ebert once said, “It is the film’s visual style, acting, and mood that evoke its uncanny power” and his sentiment is echoed by a lot of other reviews I’ve read about this movie. But without a decent script, it’s simply style over substance. This film has a reputation for being terrifying, or at the very least chilling. I adore films with those descriptors but this never even came close. As always, I can only speak for my own personal experience and would never discount anyone else’s opinions on art. Aside from the decent cinematography and a tremendous performance by Donald Sutherland’s mustache, this film really failed for me on every other level.